This year’s MoOD theme is EPIC- because everything has to be ‘epic’ nowadays. MoOD & Indigo Brussels are building an Epic  trend journey- capturing, sharing and storing stories about the experience and amazement about textiles. Stories about the near future, today and the past. Stories that are visual, tactile and foremost focused on experience. It will be an epic journey appealing to all senses. A journey in which listening to a story will be answered in technical performances competing with nearly forgotten craftsmanship.

Epic is the new trend story for MoOD / Indigo Brussels. But what does EPIC mean? Today it’s an overworked buzzword for the awesome and the cool, the amazing and the sweet. Or even for the epic fail, the badass and the crazy. But most of all epic is about a good story and a fantastic experience.

MoOD is all about the large diversity of styles and colours. Contradictions even, because they show up in a strikingly high number and they are particularly outspoken. Style is far more eclectic than we have seen for many years. Classic patterns with exotic accents, aquarelle or intense colours, everything is possible.

Niek De Prest, is trend analyst for MoOD / Indigo Brussels and EPIC’s creator.   Here are some tidbits about the Epic trend theme from her. 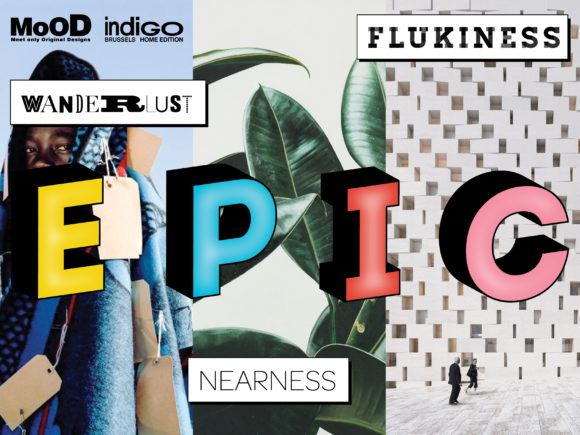 Why she chose EPIC for the trend theme.

Niek: “More than ever it’s the stories and experiences that stimulate us. An epic concert, an epic dinner or an epic journey: it’s always about the experience and the story we can share with our friends afterwards. And we notice that design is also telling a story. When a company markets a design based on a journey through the wilderness, and it is inspired by the bark of an ancient tree for example, it can be the beginning of a narrative masterpiece. And of an epic experience for those customers whom are attracted by this.

The first theme, WANDERLUST, is looking for the extreme experience. From getting lost in the jungle to the hobo sleeping under the bridge. In fashion, you’ll recognize the influence of people who are willing to live far removed from all comforts for the mere sensation of it. Their spontaneity leads to a maximalist, eclectic style. This theme encompasses a large sense of freedom that many of us can only dream of. 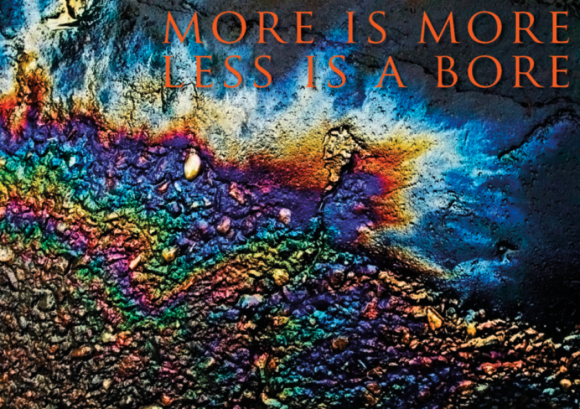 One source of inspiration remaining constant to the central themes is nature. With macroscopic web like structures and iridescent or morphing shades of colour, Mother Nature is never far away. Green presents itself in nearly all palettes. Nowadays being altruistic and ethically responsible is completely mainstream. But the rebel is already peeking around the corner. The well-behaved middle class now sees that designers are inspired by the marginal, by the privateer, and by the vagabond who never returns home. 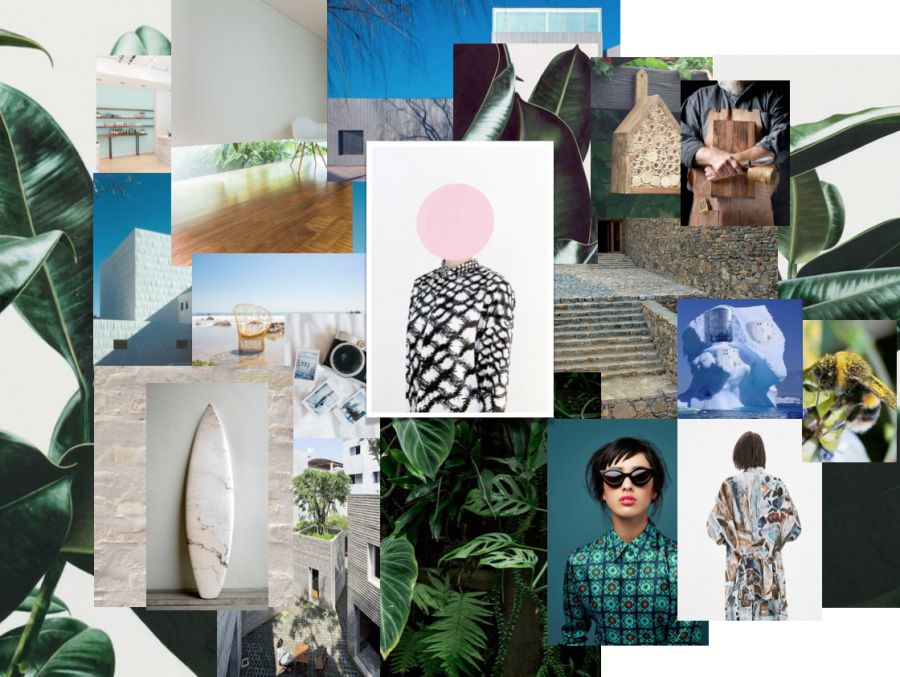 The second theme-NEARNESS has a sense or lack of place. It is about the need to chat with the maker, the shop owner and the professional. The Internet cannot replace everything. It is only part of our experience. The epic experience is all about the small things in life: about closeness to your environment or the nature that was imported into the city.

Nearness is also zooming in on designing from the heart and capitalizing on honesty. Contradictory to what you might expect, more and more people are prepared to pay more for product with an authentic, fair trade background. The proof that nearness is the new chic is provided by luxury brands like Balenciaga, who signed runway rebel Demna Gvasalia as head of design. The Georgian became world famous with his very local design. He says it best, “Because of their isolation, designers can really bring something fresh to the world — and there’s a growing market for that.”

The third theme – FLUKINESS- speaks to technology and how it is interwoven in textiles. in As De Prest says, “I believe that technology provides solutions. That algorithms and Artificial Intelligence can create new dimensions of creativity. The search for new creations and innovations is an epic story on its own. And sometimes it entails chance discoveries. Hence the name FLUKINESS, which means something like: “obtained or achieved by chance.”