A Thin Wall of Art

It’s no secret I love the synergy between fashion and interiors; so I am a bit enamored with the other Charles James exhibition. (The Met ‘s exhibit just closed.) If you’re in the Houston area this last holiday weekend of the summer, get out of the heat and visit the Menil Collection to see Thin Wall of Air (the exhibit closes September 7th.)

This is a great exhibition that speaks not only to the genius of Charles James, America’s first couturier, but to his fascination with historical references (especially Victorian), spirals, wraps and his obsession with curves in both fashion and interiors. The small exhibit uses James’ couture creations designed for Dominique de Menil and sets them against the straight edged geometry of Philip Johnson’s architecture in the de Menil house; mixing in sensual furnishings James designed to fill the house. The tension it creates is palatable. 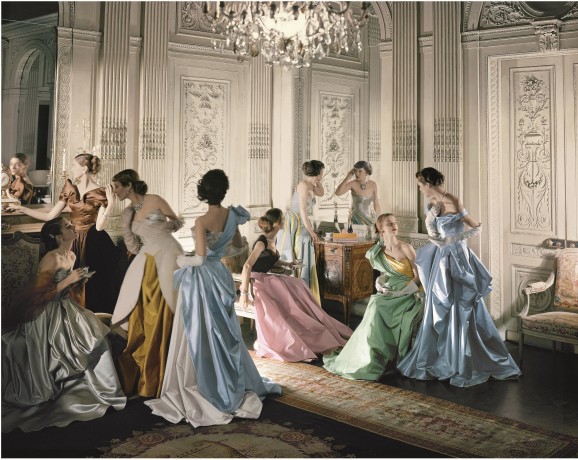 Charles James gowns shot by Cecil Beaton for Vogue. One of my very favorite pictures of all time.

The exhibition’s title comes from an observation by the photographer Bill Cunningham, a close friend of James’s and a fashion legend in his own right. For James, Cunningham once said, the possibilities of design were found neither in the human form itself nor in the material, but in the space between the body and the fabric—“a thin wall of air.”

The de Menil’s commissioned Philip Johnson to design their home in Houston and after its completion in 1950, hired James, Dominique’s couturier, to dress the interior.

James’s style was the opposite of Johnson’s minimal, sparse modernity. He introduced felt and velvet covered walls in butterscotch and fuchsia; hand mixed paint colors in mauve, aqua, grey, and blue; and installed sweeping curves through custom furniture and other carefully selected items.

Several stunning examples of his marriage between fashion and interiors will catch your eye: 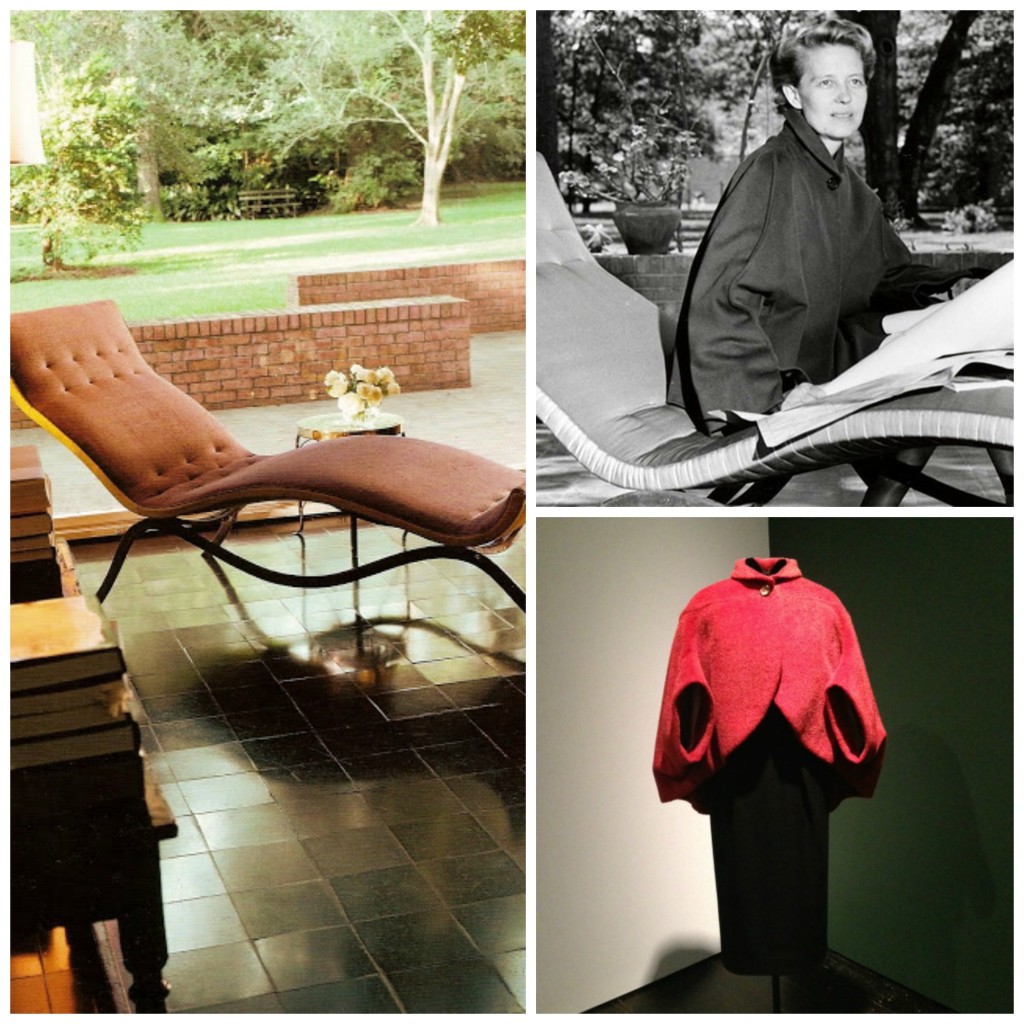 Dominique’s Day Suit (don’t you just love the language of couture!) and the chaise lounge he designed for the house with the picture of her sitting on it. 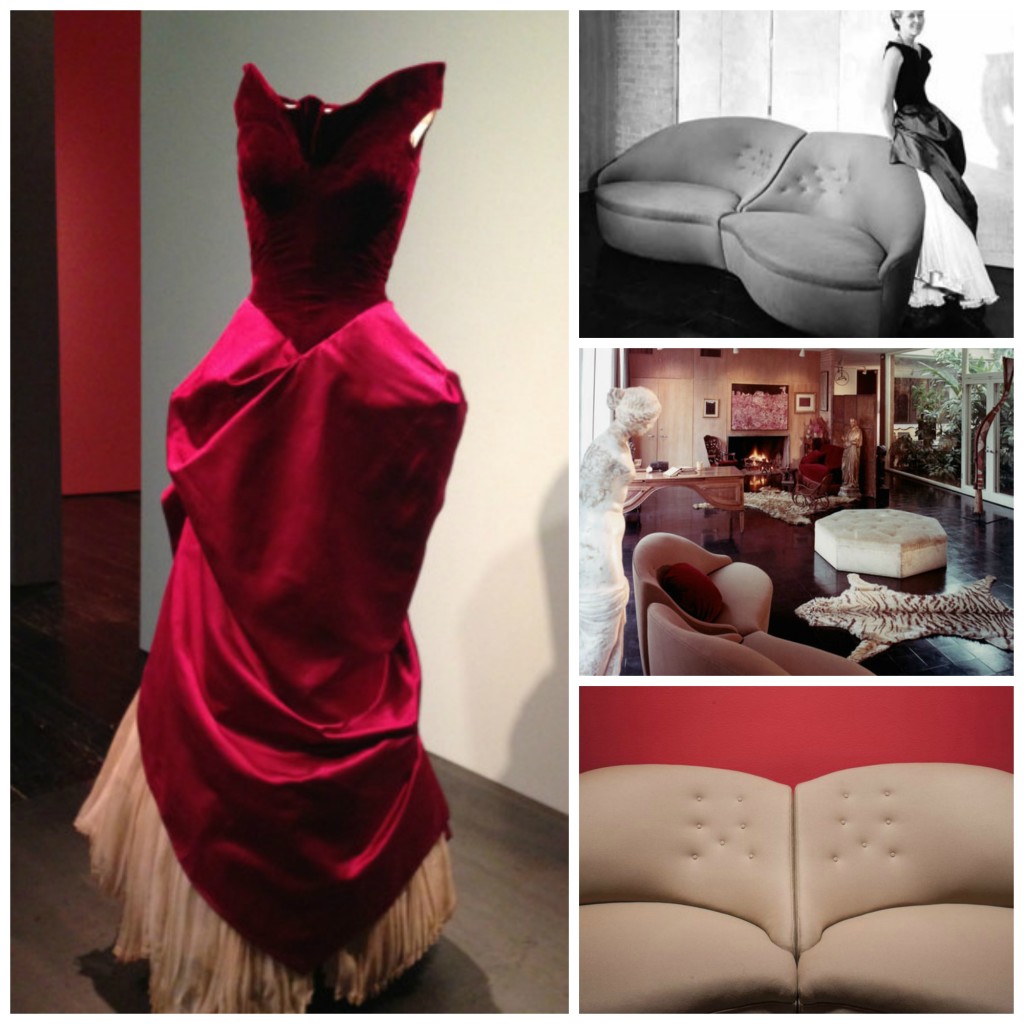 The Charles James two piece Lips sofa in tan wool and stunning March of Dimes gown worn by  Dominque leaning in this photograph. The sofa speaks to his love of curves and spirals, search for perfection in the details; taking three years to complete. Don’t you just love the button tufting placed to right and left rather than on center !?

As a window pro and master seamstress I appreciate this: To give viewers an immediate impression of the interiors of the garment, the mannequins forms were lined with the colors of James’s vibrant, often unusual contrasting linings.  Satins were custom dyed to match James’s original selections.

Can’t get to Houston Watch this video HERE

Next post: If You Could Design Your Dream Window…