The Backstory on Toile 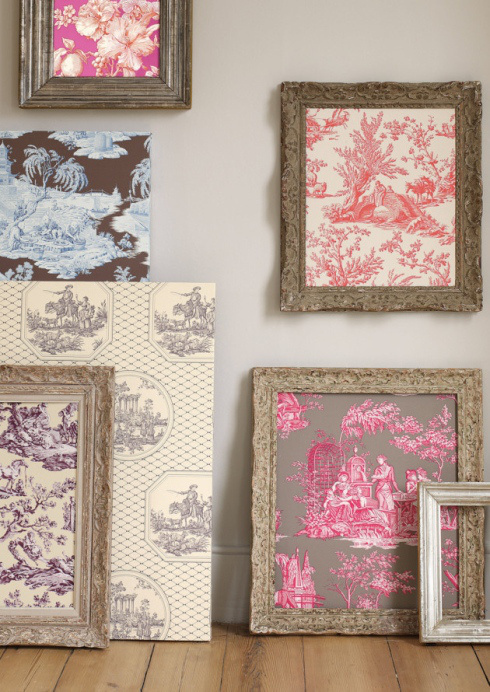 Toiles are defined as fine-lined designs in monochromatic pattern repeats depicting a fairly complex scenes that are printed on off-white fabric. The pattern portion usually consists of a single color, most often black, dark red, or blue that were originally transferred to wood blocks or copper plates and based on renderings by well-known artists of the time.  The patterns depicted pastoral, genre scenes, birds, floral neoclassical motifs, and historical events. The fabric was printed with a mordant (fixative) and dyed. The dye took only where mordant was applied. Plates could be covered with only one mordant at a time- thus one color toiles on a neutral ground. 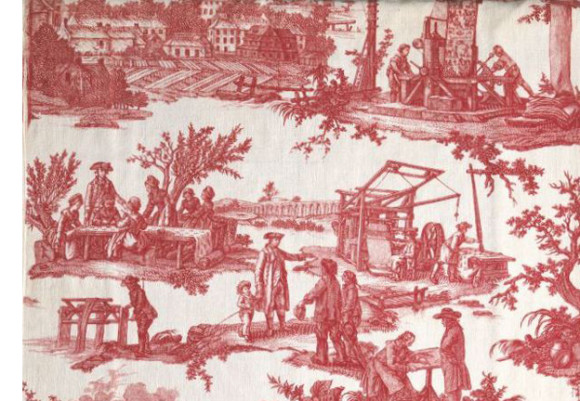 After printing, the cloth was rinsed and then washed in order to reveal the colors on the areas stamped by the mordants. The cloth was plunged into a vat full of dye, made from madder roots. This process is called ‘garançage’. Since the background would become pinkish, the cloth was laid out to bleach. 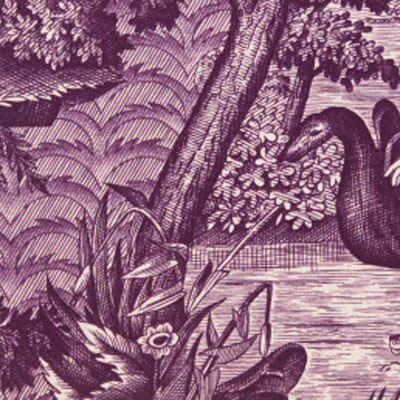 Detail of Quartre Elements from Lelievre

When Oberkampf emigrated to Jouy en Josas and started producing monochromatic textiles he also started using the copper plate process. Learn more about Oberkampf HERE.)He hired Huet, Vernet and Pillemont as artists and started to designed large scale repeating motifs looking like fine etchings. To circumvent taxes levied on silk they were printed on cotton. This new style allowed for the fabric to depict major events of the time period such as the first balloon flight or military events. Today they are usually screen printed, but Charles Burger still prints its toiles on copper rollers.

A piece of Toile trivia- Pillemont’s interest in chinoiserie is very evident in the number of toile patterns inspired by Oriental imagery. 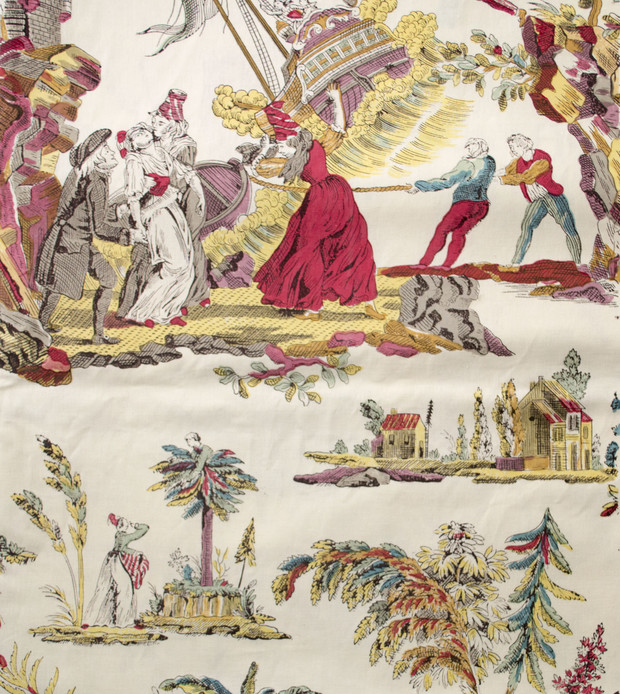 English Toiles differ from French toiles in that they are sketchy and looser than the French versions and – scenes often framed by garlands, vines. In the Late 18th century multicolored toiles appeared and are still popular today as evidenced by the popularity of Manual Canovas’ trademark colored toiles. 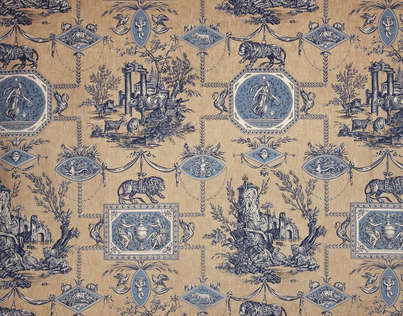 Though the  “Toile de Jouy” we know today was really only a small proportion of the factory’s production, more than 30,000 original toile de Jouy designs exist. They are of two kinds: polychrome floral designs (les Indiennes) and monochrome scenes with figures. The term “Toile de Jouy” evokes the monochrome scenes with figures. These toiles were mainly used for furnishing and decoration so they have survived unlike the Les Indiennes used for apparel. 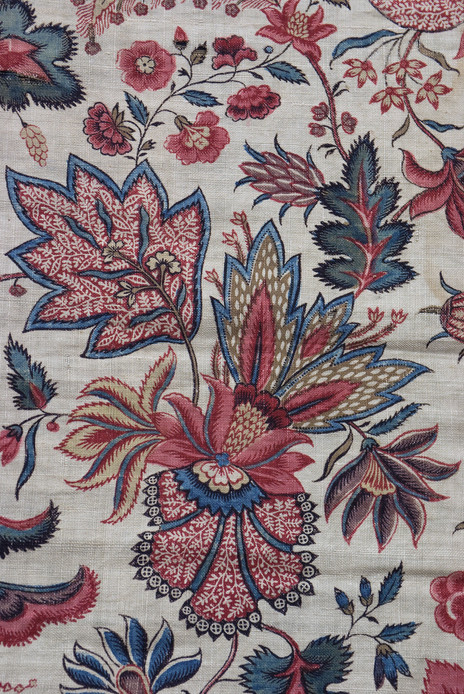 When Oberkampf, once the largest toile maker in Europe, closed its doors in 1843, some of the patterns and copper plates were purchased by the old-guard French fabric company Braquenie. Years ago, another venerable Parisian company, Charles Burger, acquired its own Oberkampf cache, as well as 14- 18th century rollers, which are still in use. 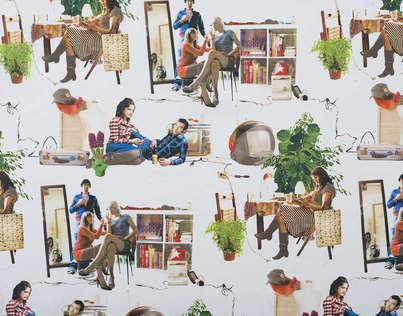 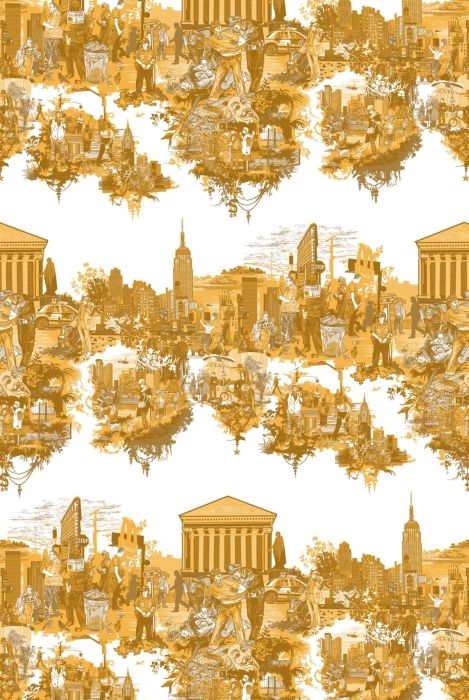