I am always on the lookout for curtains and curtain makers that push the boundaries. Plus, give me a good backstory anytime. This project has both.

Hella Jongerius, a Dutch designer in collaboration with Rem Koolhass and a team of design creatives won a competition in 2011 to design, fabricate, and manage a renovation project at the United Nations. The famous building who can call Le Corbusier one of its creators is in renovation and the Dutch government was asked to renovate the Delegates Lounge, where the members meet and greet. 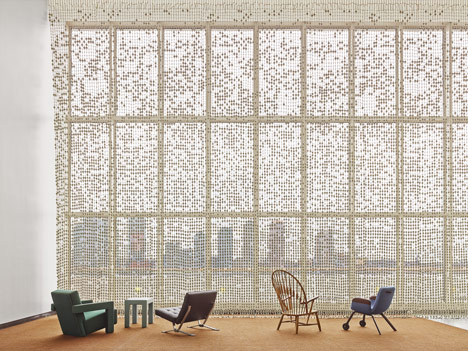 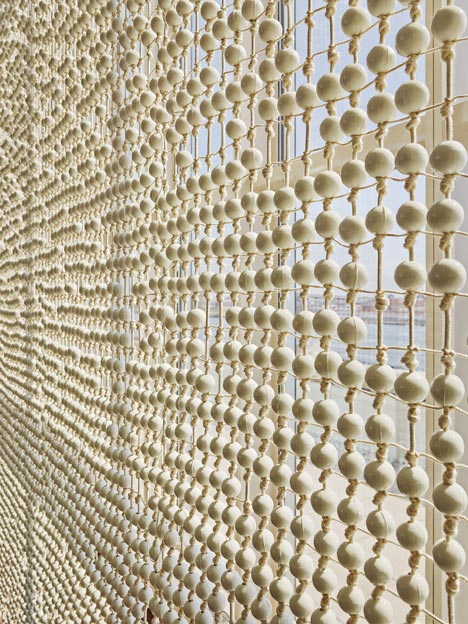 Royal Tichelaar Makkum was asked by Jongerius not only to manufacture, but also to be the project contractor for the creation.  ‘Knots & Beads Curtain’ is a curtain 26 feet high and 46 feet wide, consisting of over twenty thousand handmade porcelain beads that were partly dipped in a transparent glaze, using an old technique employed by the company. These unique beads, which we designed in close collaboration with Jongerius, were then strung with cotton yarns on a grid inspired by historical fishing nets from Dutch maritime history. The use of traditional production methods in the process inspired by research into the Dutch  past are recurring themes in Hella Jongerius’ work.  The curtain scores on so many levels-raising curtainmaking to art; employing and preserving authentic techniques and illustrating the depth, breadth and exceptional quality of Dutch design. Who knew beaded curtains could be so sexy? 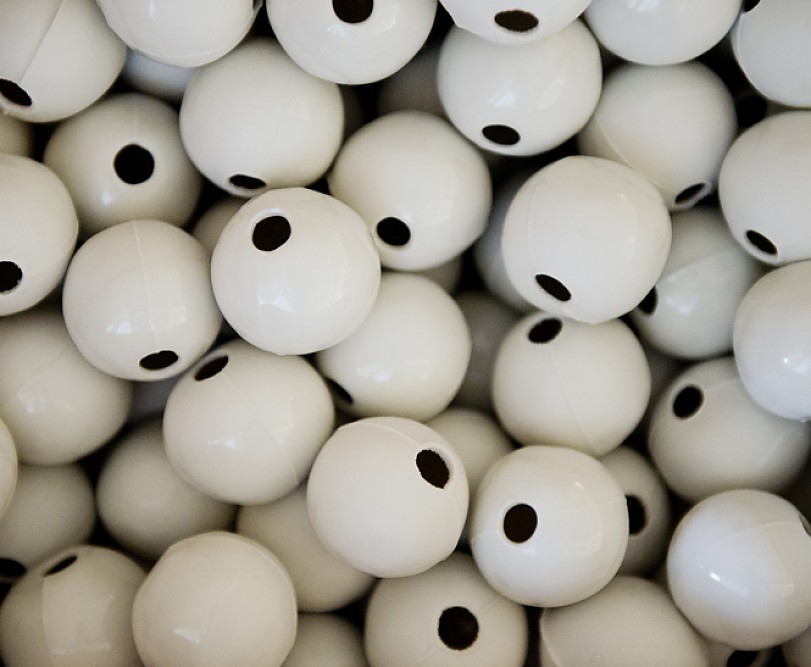 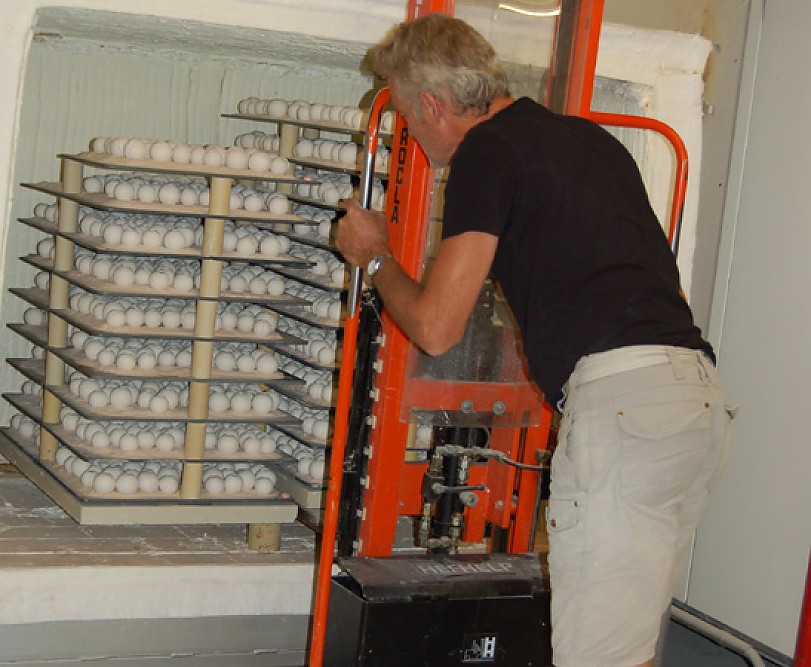 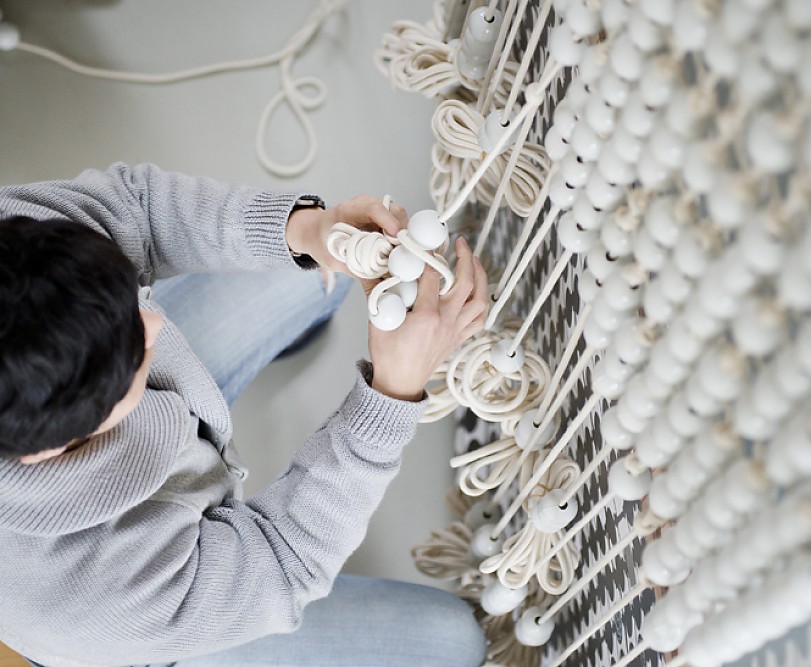