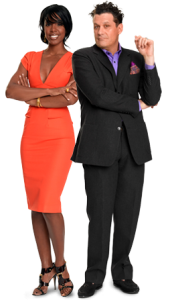 Calling all fashionistas! The Fashion Show premieres on Bravo on Thursday, May 7, 2009 at 10 p.m. ET/PT. Fifteen professional designers will compete in this fashion creative competition series for a chance to have their designs sold in the retail market and win a $125,000 prize. 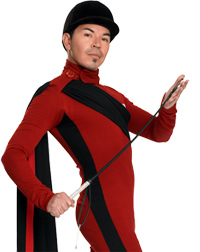 If you’re a Project Runway watcher, you know that it has been over a year since we have seen Tim Gunn, Nina and Michael Kors dice up the designers on Bravo’s Project Runway. If you aren’t a fanatic, here’s the reason why. Bravo and parent NBC got into a nasty legal battle when Harvey Weinstein, producer of the show sold it to the highest bidder. NBC sued for breach of contract and Weinstein alleged lack of promotion. The suit has been settled so Bravo is getting set to launch its PR wannabee-Fashion Show- with hosts Issac (Yea!) Mizrahi and Kelly Rowland. So if you need a fashion fix tune in.
To make it even more interesting, join the Design Confidential in Fafarazzi’s Fashion Show Fantasy League. (The trend team played as we religiously watched PR and then dished about the wacky designers and the clothes they created post show.). 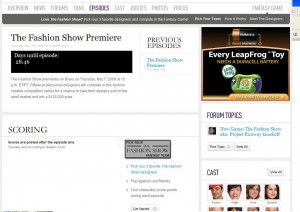 By the way- Lifetime was the highest bidder and Season 6 will start airing this summer. Oh can’t wait that long? Check out the finalists’ creations from February’s Bryant Park shows – no names were revealed!
Here’s an Inside Scoop- Along with the students from AIU-Atlanta and colleague Susan Schultz , I will be presenting the Runway to Window fashion show, May 15, 2009 – Georgia World Congress Center, Atlanta, GA

UPDATE– As I was clicking publish this came across across my email screen. Project Runway is casting for Season 7

Models of the Runway, an exciting new companion series, will air at 11:00PM ET/PT, beginning August 20, immediately following Project Runway. Each 30-minute episode will give fans a behind-the-scenes look at the reality competition – from the models’ perspective. Viewers can experience the drama, anxiety, joys, tears and frustrations as the models themselves face elimination each week and compete for a cash prize and photo spread in Marie Claire magazine.
AND…
Do you have what it takes to be the next hot fashion designer? Always dreamed of showing your work on the runways of New York City’s Fashion Week? This is your opportunity!  PROJECT RUNWAY SEASON 7 IS CASTING NOW!!!

Next post: Someone You Should Know: O Eco Textiles