Global brand IKEA has demonstrated originality and creativity in their guerrilla and experiential marketing initiatives for some time now – from a 20X20 box to promote their Brooklyn, NY store opening  to the Oval Office they furnished for Obama’s then-new office last year. The international retailer’s most recent effort to get on customers’ minds and in their hearts – where they least expect it – entails furnishing Parisian public transportation. Genius! 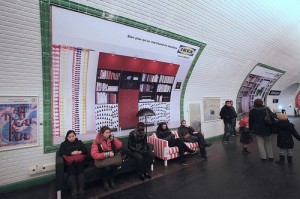 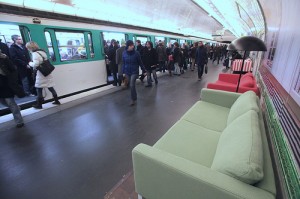 Ikea  furnished Paris’ St. Lazare, Champs-Elysées Clémenceau, Concorde, and Opéra subway stations with sofas and lamps for two weeks in September . Metro commuters waited for their train on couches from Ikea’s new Ektorp and Karlstad collections. The key idea behind the stunt was to demonstrate the quality and durability of IKEA products via the ‘bum test’ of thousands of Parisians; particularly since IKEA is oftentimes embraced for its contemporary yet affordable (and disposable) furniture.

First it was the Metro; now they have decorated the bus stops for the holidays. 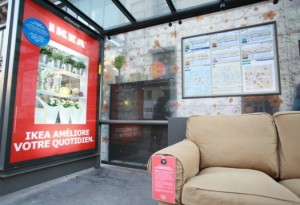 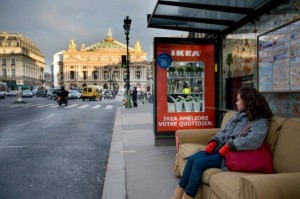 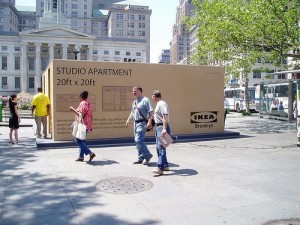 Ikea never ceases to amaze me. If we are talking IKEA ;we have to mention all the IKEA Hacker businesses that are out there . I have had several ” I wish I had thought of that” moments surfing their sites.  The culture is second to Apple for aficionados. We could go on and on … 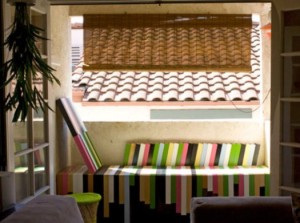 Bench made from IKEA coffee tables

Customize your plain jane IKEA furniture with your own designs.

This is my IKEA photo mural wallpaper

Testament to the power of the IKEA brand is the YII collective of  Taiwanese designers that transformed simple, straightforward IKEA products into pieces of art in their booth at M&O recently. 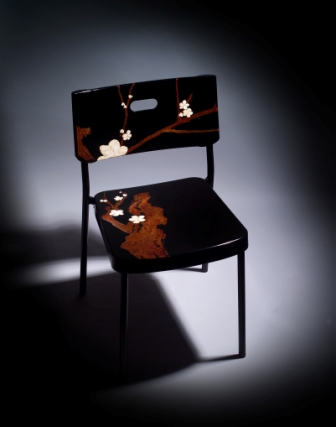 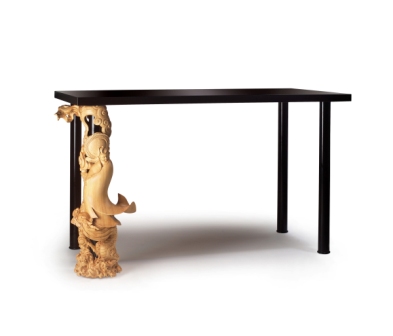 My favorite is the delicate and intricate filigree work inside the shade of this task lamp that is a complete mood changer in a room. 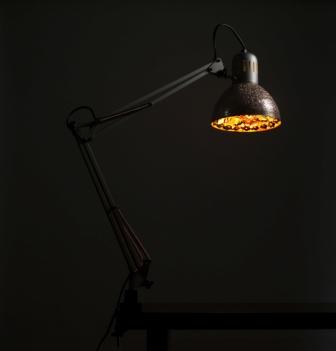 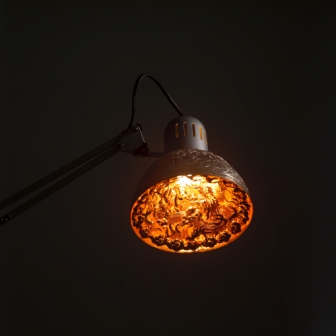 detail of brass filigree inside lamp

Designers over 40 who want to be in business in 10 years- the IKEA client  could be your  client. How are you competing with IKEA?  How will you?