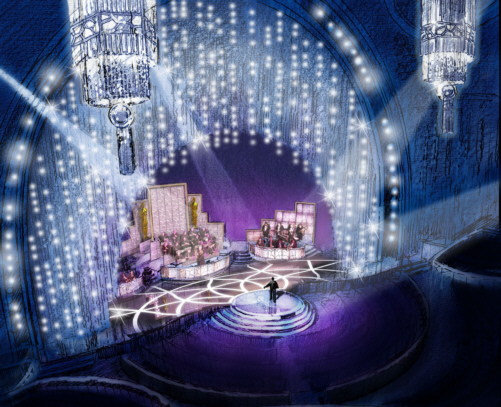 Designer David Rockwell, of the Rockwell Group and a Design Confidential  Someone You Should Know, just unveiled the set for the upcoming Oscars to be held on March 7, 2010. Light and movement, the most basic components of moviemaking, will be integrated into this year’s sets to create an immersive, transformative environment.

Rockwell Group has reprised one of the most dazzling elements of the 81st Academy Awards design – the Swarovski Crystal Curtain – but with new and unexpected features for an even greater theatrical effect.  I was blown away by the Crystal Curtain last year. Not only was it stunning, but I don’t know how you justify not using it again. ( OK, I am a huge Swarovski fan.)The curtains shimmers with over 100,000 Swarovski crystals flown in from Austria and stands 60 feet tall and 100 feet wide. 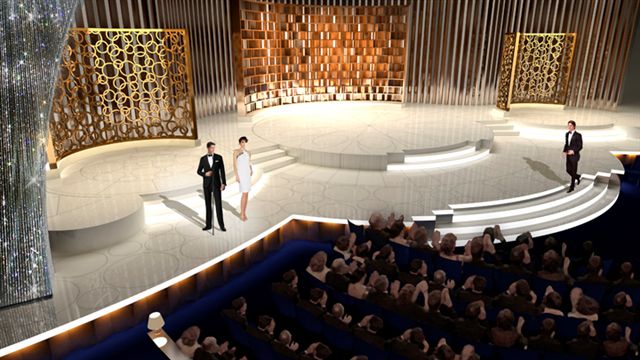 This year’s set also features three circular, revolving platforms that work in combination with rotating LED panels and architectural metalwork screens for film projection.  ( The wonders of modern technology!) The overall design is intended to evoke a classic but modern glamour, with white, platinum, topaz and smoky bronze hues added this year.

Sounds amazing. I can’t wait to see the final results.