Someone You Should Know: Markus Benesch 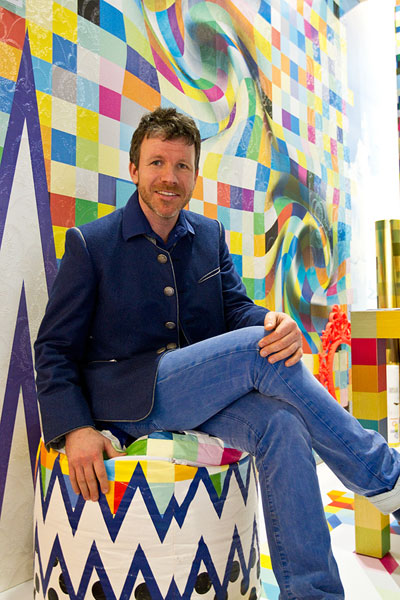 You couldn’t miss Markus Benesch’s work at Heimtextil. It popped up everywhere from the HP printing stand to Raasch wallcoverings booth and more.

“What’s important to me is that my work is innovative,” he says. “My two criteria are, it has to be new, and I don’t want to be a bore. I want my audience to feel enriched when they see my products or a space I’ve designed.” 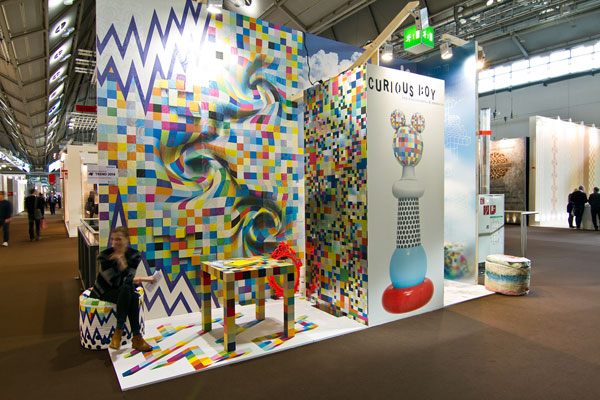 Most of Benesch’s work shows up in contract applications, probably because they are so eye- catchingly surreal. But with consumers being so comfortable with color; his designs are equally at home in residential interiors as in contract environments

Growing up in Germany, Benesch was drawn to Milan from an early age. He says he started  going to German furniture fairs at 13 and felt that he wasn’t seeing enough change from year to year.  “One year it’s grey; the next year it’s a lighter grey, the year after that it’s a darker grey—then it’s a grey with a beige. Seriously?”  So he went to the Milan fair at 15, and found what he was looking for. 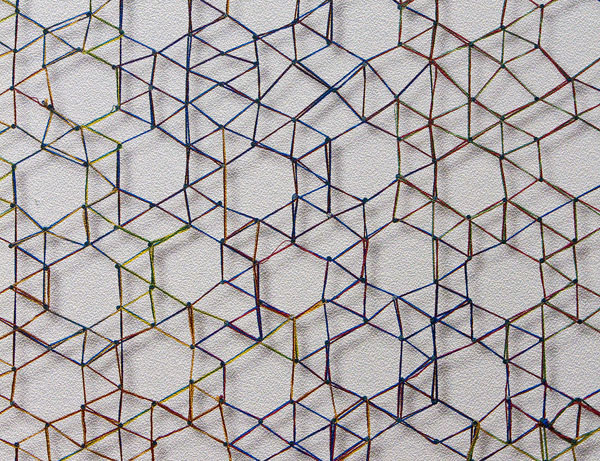 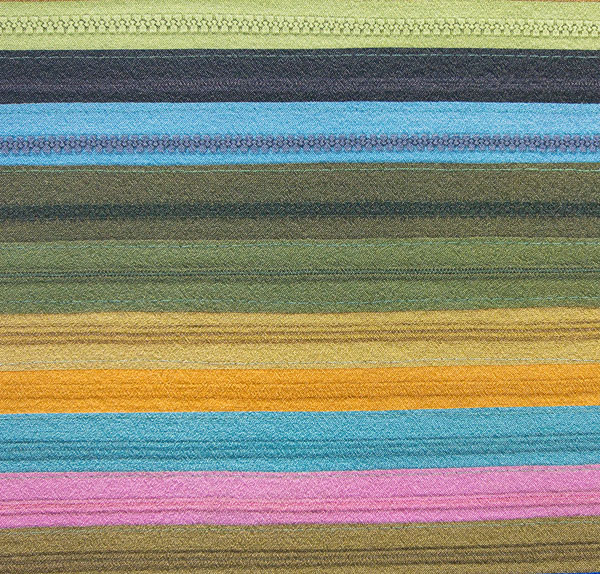 This paper is inspired by zippers. 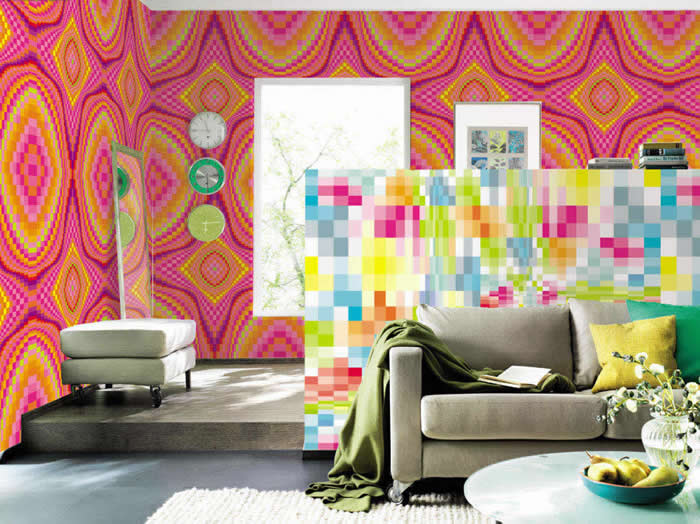 He began designing for Abet Laminati, showing his collections of furniture, objects, stools, carpet, wallpaper and pajamas for Memphis Gallery.  When he started working with wallpaper he chose digital printing to save money. Today, through his studio, Curious Boy, he explores the fusion between digital and natural by digital printing on veneers or stucco. A designer first, Benesh says he always starts designing with pen and paper, not with a computer. “ 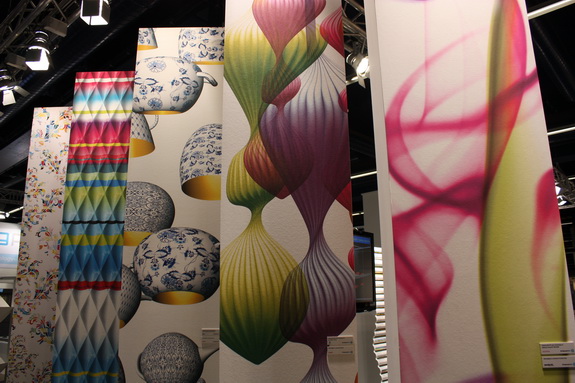 Next post: Design Apps + Tools You’re Going to Want to Have