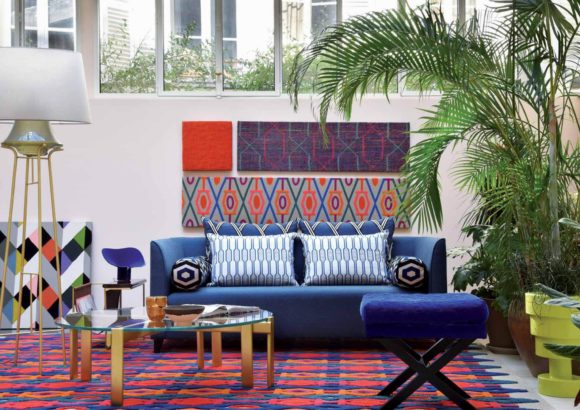 The new collection from Boussac fabrics by Pierre Frey is a nod to the playfulness of the 80s.  Aptly named Cartoon, it is emblematic of the Memphis Group- playing with materials and defying conventions with humor. The collection of fabrics and carpets ranges from solids, velvet matelasse and bold embroidered geometrics in linens and wools to hand wovens recycled cotton.  The color palette is borrowed from Pop Art with it strong hues vibrating  to the rhythm of the 80’s.  The collection’s pattern names- Puzzle, Elvis, Humor to name a few,  even seem to pay homage to Memphis core values. 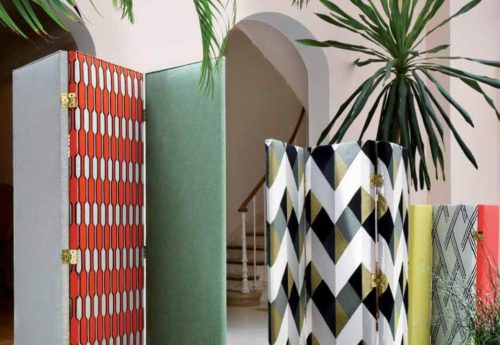 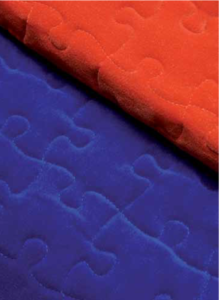 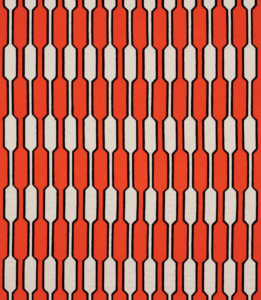 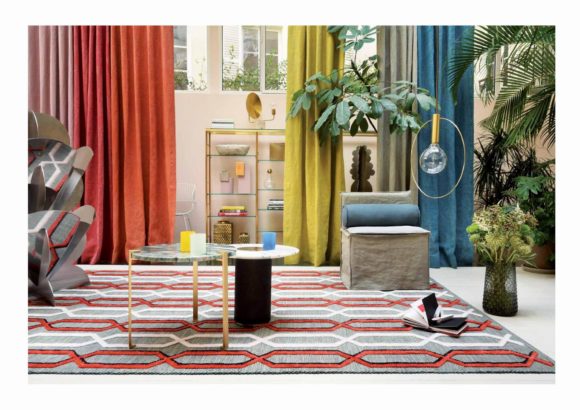 Who the Heck is the Memphis Group?

The inspiration behind this new collection was certainly the Memphis Group, but who or what is it?

The Memphis Group was an Italian design and architecture collective founded in Milan by Ettore Sottsass in 1981 which designed Postmodern furniture, fabrics, ceramics, glass and metal objects from 1981 to 1987. Members of the group included such design icons as Sottsass, Michael Graves, Peter Shire and Nathalie du Pasquier. 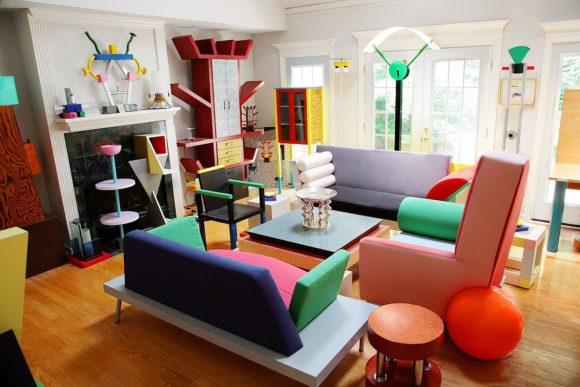 The name was taken after the Bob Dylan song “Stuck Inside of Mobile with the Memphis Blues Again” which was said to be have been played repeatedly throughout the evening during the group’s first meeting. 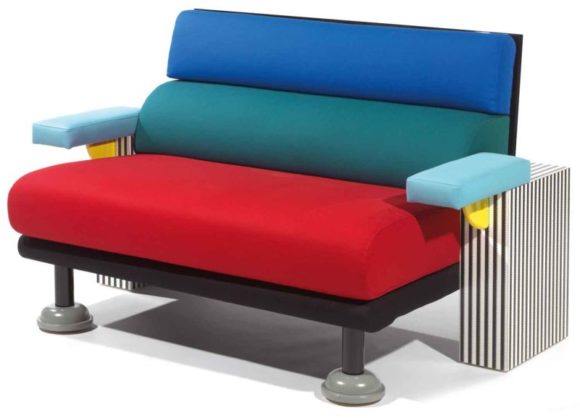 Memphis’ aesthetic was inspired by a few converging, if not particularly similar movements: Art Deco, Pop Art, and the emerging postmodernism (PoMo) which would come to pervade everything from furniture to film to music. Also drawing from 1950’s Kitsch and futuristic themes, the group’s colorful furniture has been described as “bizarre”, “misunderstood”, “loathed”, and  my favorite- “a shotgun wedding between Bauhaus and Fisher-Price”

The Memphis group’s work was known for its use of plastic laminate and was characterized by ephemeral design featuring colorful decoration and asymmetrical shapes, sometimes arbitrarily alluding to exotic or earlier styles. 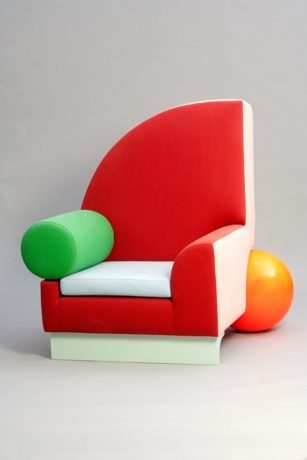 The signature Memphis piece combined overtly geometric shapes from a variety of materials in bright, contrasting colors. Graphic patterns and stripes —usually black and white—were used often. We still see its influence today in our passion for high contrast interiors, bold color and black and white stripes. It was a striking departure from the understated modern design that had ruled for decades. The group produced and exhibited furniture and design objects, annually from 1981 until 1988, including a highly acclaimed debut at the 1981 Salone del Mobile in Milan. 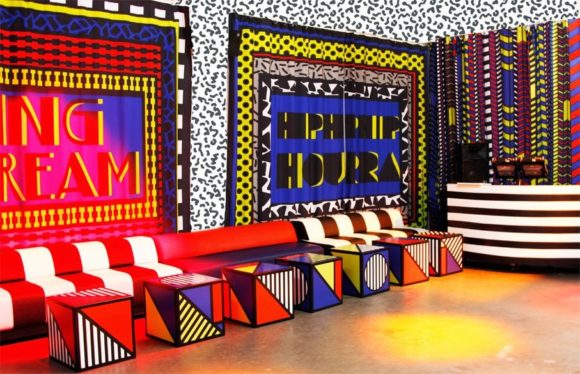 In the short-lived official period that the Memphis Group was active, their work was influential and polarizing, if not hated. The colorful geometric style became most popular and more widely accepted in the 1990’s impacting the design of furniture, architecture, and household items. More recently, Memphis designs have served as inspiration for the Fall/Winter 2011–2012 Christian Dior haute couture collection and for the Winter 2015 Missoni collection. 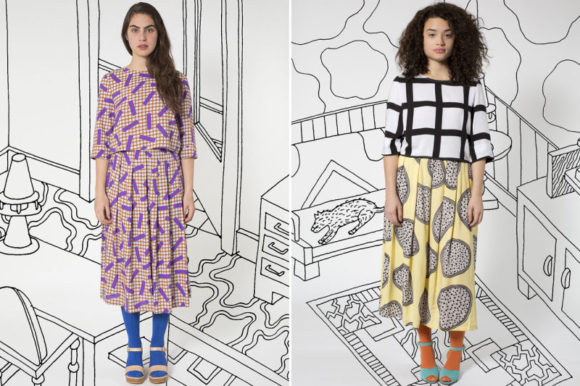 Also,Nathalie du Parquier revived some of her original Memphis designs for her American Apparel collection in 2015.  Who doesn’t know Michael Graves’ teapot and all that it inspired? Karl Lagerfeld  and David Bowie collected Memphis pieces. And now it inspires again with Boussac’s Cartoon.

Carlton Divider by Sottsass and Cartoon by Boussac