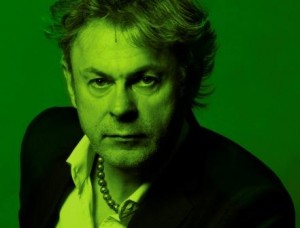 With a humoristic touch, Edouard François manages to put across essential messages. His architecture, easily described as ecological, is a response reinvented by its context. Architecture that cultivates the art of being seen while remaining concealed- focusing on simple forms, natural materials and poetic creativity.

“If in 20 or 30 years time, we observe our era and become aware of the major evolutions of these times, I want to be part of it.I would find it terrible not to have noticed, not seen, certain trends. I want to live at the heart of the present moment.” 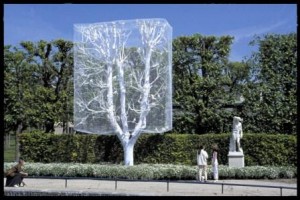 Francois  is a multidisciplinary master whose  work is hailed by the most prestigious cultural institutions. This year is has been named M&O’s Designer of the Year and an International Fellow of the Royal Institute of British Architects  for his decisive contribution to “green architecture”.

Francois’ creativity spans a wide range of contemporary topics: recycling and recyclable, usage and humanity, fair trading, economy as a means of accessibility to all, health and well-being, the seasons and organic…

Born in Paris in 1957, he is one of the major players in “green architecture” in the world. His work focuses on matter, context, usage, economy and ecology according to sustainable development principles. 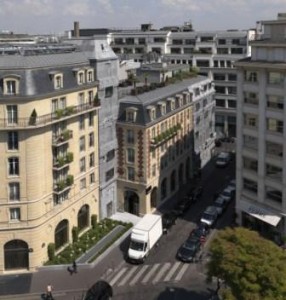 The architect’s breakout building was his Château de Lez in Montpellier (2000): “the building that grows”. The outside walls are covered with stones held with stainless steel mesh covered with plants and watered by an automatic irrigation system. 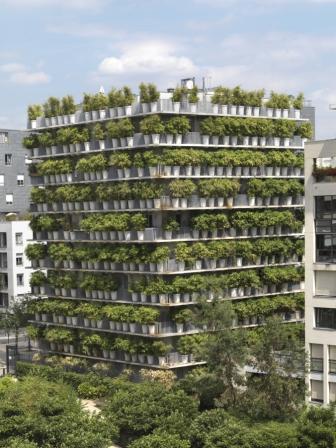 He then designed the Tower Flower in Paris on the edge of a park. The tower is covered in white bamboo and perfectly characterizes his contextual approach to  architecture. The walls have been cast in a haphazard way: grey concrete then white concrete, in order to give the structure a misty feel. The balustrades are decorated with giant light concrete flower pots planted with bamboo.

Each of his projects responds to its environment. The maze he designed in a corn field next to Colmar ,later became  the “moquette-maquette”: a carpet in the same style and color.

Edouard François has recently been chosen to design the first housing tower block since the 70’s: a vegetal building over 50 m high in the thirteenth arrondissement and for the conversion of the Sauvage building of La Samaritaine for the LVMH group.