M&O Designers of the Year

Every season at Maison et Objet, has its creators. These three cutting edge, push the envelope designers are definitely someone you should know.

The January 2011 edition’s Designers of the Year are:

In 2011, scènes d’intérieur pays tribute to this expression of French fine decoration, embodied by the original style that Patrick Gilles and Dorothée Boissier manage to develop.

Patrick Gilles and Dorothée Boissier met at the start of their careers at Christian Liaigre in1995. He worked eight years there and became studio manager whereas she rapidly moved on to join Philippe Starck’s team where she stayed 9 years, reaching the top levels of responsibility in the interior design field. They decided to join forces in 2004 to create their own agency Gilles & Boissier. Winning clients like The Maison Boulud in Beijing, the Buddakan in New York with orginial and imaginative scenarios, they quickly acquired an international reputation in the worlds of hospitality, restaurants, and luxury. Their powerful, theatrical, narrative style inspires stagings that give the spaces they work with a unique sense of soul. 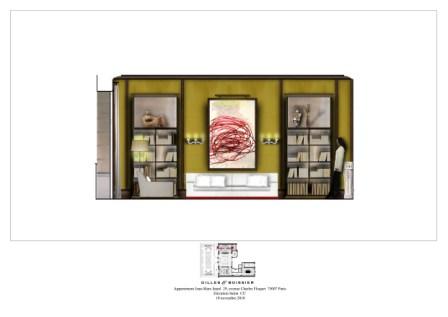 “We are condemned to bear this cross and flaunt it!” 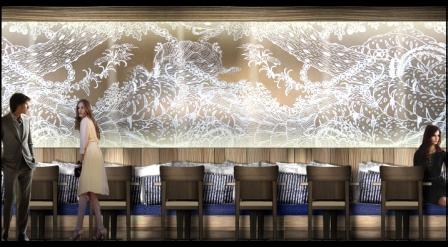 Gilles & Boissier is the meeting of two rich and sometimes contrasting aesthetic approaches that come together in the design of varied spaces where staging often plays the starring role. Art holds a privileged place in their projects. Borrowing and breaking the rules and taking free inspiration from cultures and styles; their talent consists of a clever balancing act, perfect mastery of lines and proportions, constant attention to noble materials, often the know-how of top level artisans and young artists. 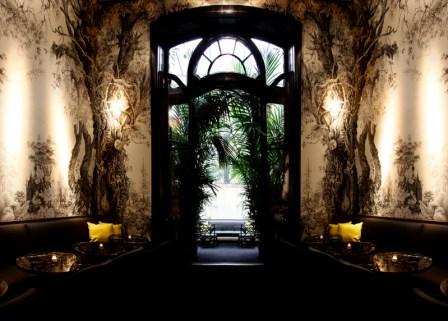 Murals in Artcurial cafe a collaboration with Cybrien Chabert

The secret of Patrick Gilles and Dorothée Boissier also hangs on the confidence and complicity they forge with their loyal clients. Rémo Ruffini, of the Moncler brand assigned them to design a boat; then he submitted his quilted jacket brand to the designer couple. This was followed by new stores, residences and a new yacht. Alain Yau, the London restaurateur, founder of Hakkasan and Wagamama assigned them to a new address in Istanbul and continued the adventure with them in Miami, Abu Dhabi, Dubai and Mumbai. Stephen Starr, another visionary entrepreneur, met them for the Buddakan project. Impressed by their work, he asked them to create Steak 954 in Fort Lauderdale, Florida then a brand new restaurant, Makoto, in Miami which will open in late January 2011. Ian Shrager, a pioneer in designer hotels  and initiator of new lifestyle concepts recognized the talent of Gilles et Boissier by entrusting them with the interior design of the Gramercy Park Hotel’s restaurant in New York, the Wakiya. 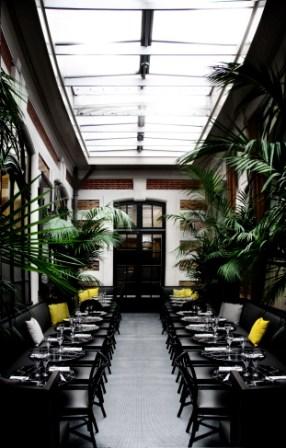 Dorothee and Patrick say it best…

Next post: M&O Designer of the Year- Edouard Francois