From the Runway to the Room 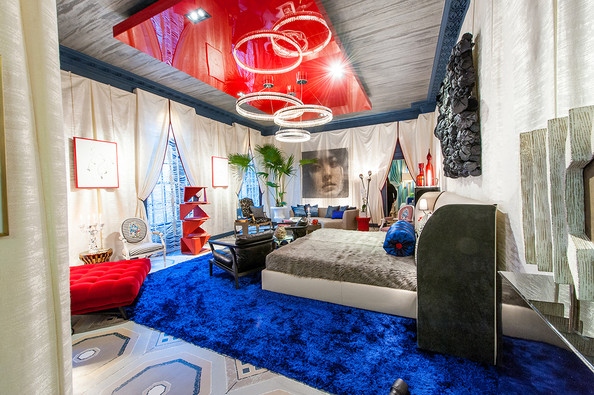 Trends move between fashion to interiors almost simultaneous these days. We are a little obsessed with the draping and knotting we are spotting lately. Case in point…

Michael Tavano created a luxurious master bedroom/sitting room suite at Holiday House NYC 2014 for Roche Bobois. The room’s holiday-theme is Le Quatorze Julliet, the French national Independence Day. In it, he celebrates French style- complete with red, white and blue color scheme. The room design was influenced by the sleek, organic lines of Roche Bobois furnishings and inspired by the extravagant textures of fashion designer Olivier Rousteing’s fall 2014 runway collection for the house of Balmain. 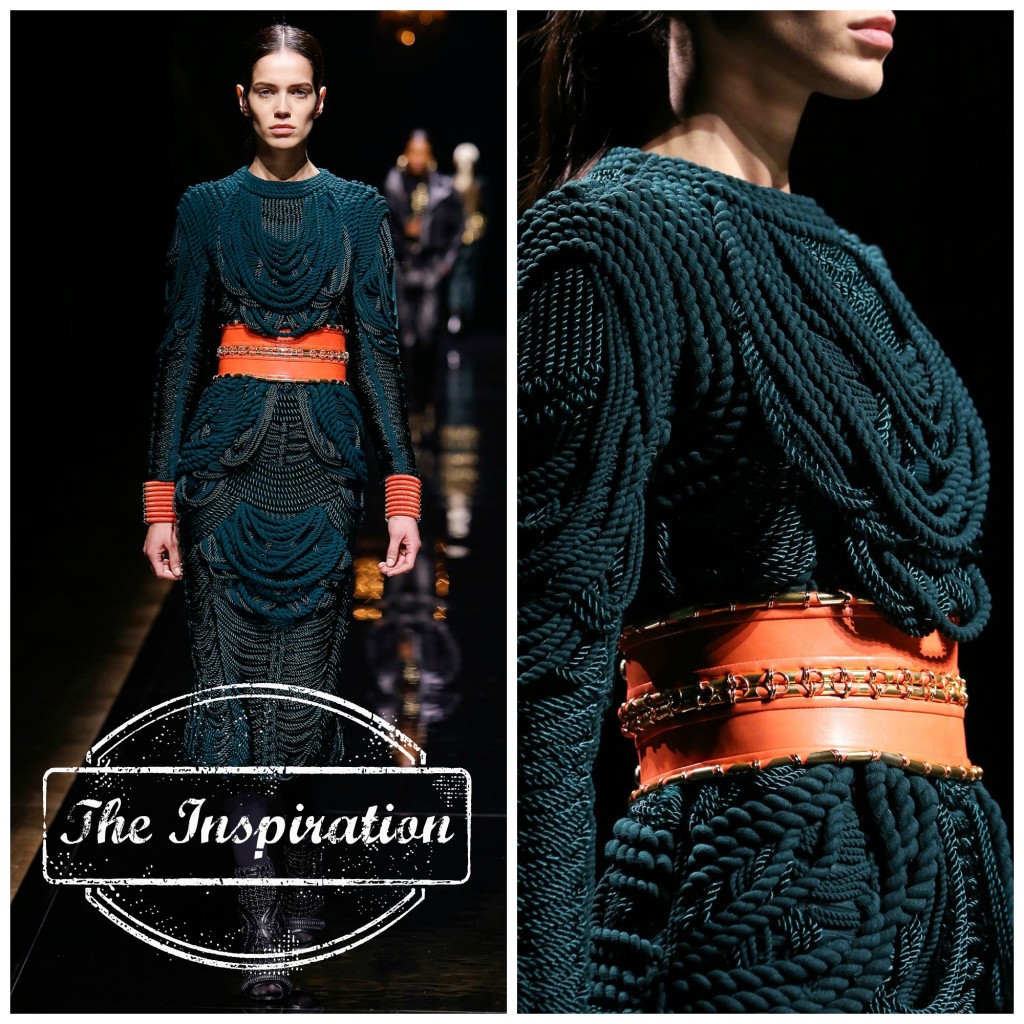 Inspired by the ingenious rope drapings Rousteing used to form-fit the curves of the human body, Tavano, used that texture and technique to elaborately drape the walls.  ( A trend we  spotted here and since have seen popping up in projects across the country.) The bedroom is wrapped in 150 yards of JAB fabric in an updated take on French salon style. Tavano also did a more literal translation of the Balmain runway inspiration with  Roman shades crafted of rope, both done by Anthony Lawrence Belfair’s workroom. The room features separate areas for lounging and a decadently curvaceous Roche Bobois bed-as-a- centerpiece are arranged to guide visitors through the space in a graceful arc. 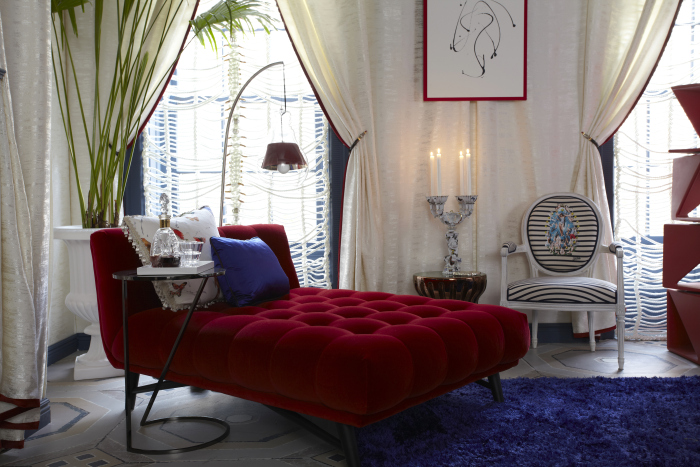 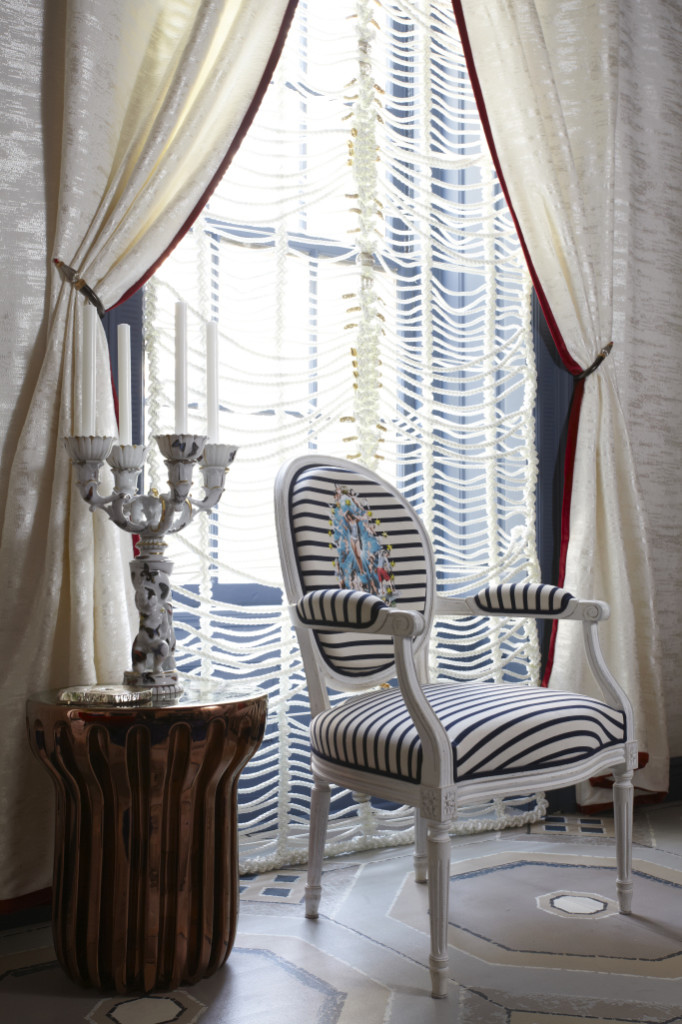 “This is a pied-a-terre that you would have to go to Paris Fashion Week,” says designer Michael Tavano .( I’d stay there!) A Maya Romanoff wallpaper covers the ceiling and a floor canvas created by Alpha Workshops using Farrow & Ball paints is underfoot. Trim from Samuel and Sons. 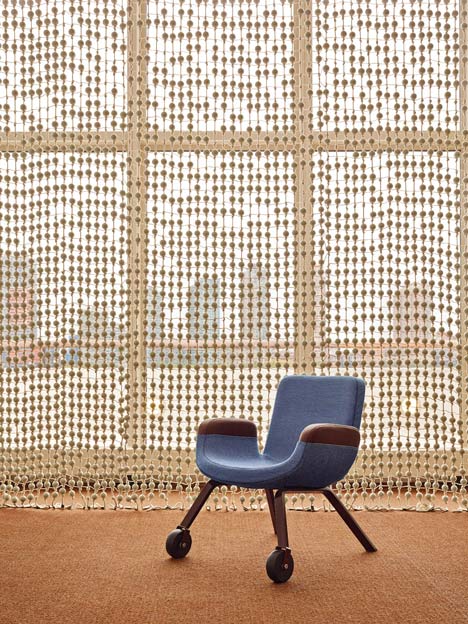